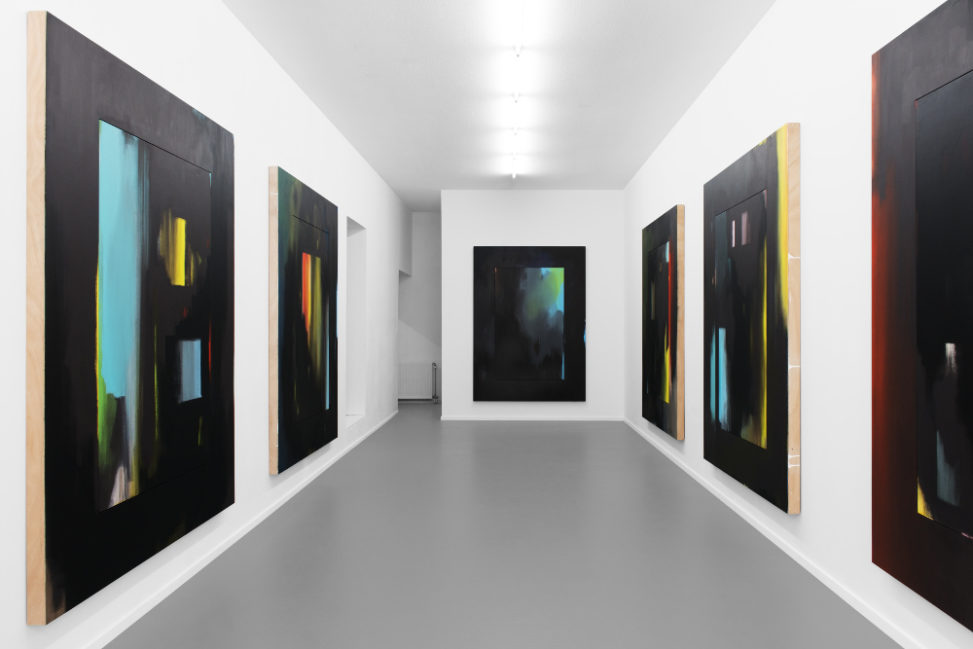 Esther Tielemans – ‘The Past Inside the Present’

Those who have followed Esther Tielemans (1976) over the years will know that she has tested the outer limits of painting. Beyond simply turning to a single medium and pallet, she seeks to comprehend the foundations of painting and its significance as an art form. Her transformation has been so remarkable that one might forget that Tielemans began as a landscape painter. After her graduation she picked up the trail where the great landscape painters Monet had last left their mark, carefully continuing their journey. This pilgrimage finally led to her monochrome artworks; so glossy and reflective that they place the viewer within the landscape. A new dimension was born, one that would leave Caspar David Friedrich scratching his head, full of self-satisfaction; man is placed directly within this new world, as its center point, but even so, only takes form as a dubious contour.

Her sculptures then followed, used by Tielemans to construct new landscape decors. After the reflection of her epoxy monochromes, one could interpret this next step as a metaphorical mirror: does the ‘landscape’ even exist, or is the artificial human fabrication that we call landscape just as ‘real’ as the mise-en-scène that Tielemans so precisely constructs with her sculptures in the museum gallery? By deconstructing the land, reducing it to facets and colors, the artist tinkers with a deep collective memory of the landscape.

All roads, periods and styles meet in the series ‘the past inside the present’. Tielemans’ three-dimensional sculptures are reduced to the planar surface, however, the matt depth applied in layers of paint and the ‘frame’ in which the panels are presented ensure that they by no means lose their spatial quality. The six monumental artworks hang next to each other like large windows, compelling the viewer to enter the new world created by the artist within the confined space. Although the epoxy is absent – you are not confronted with your own presence – the paintings draw you in. The viewer’s presence, albeit more subtle, still plays a fundamental role.

The colors that highlighted her landscapes years ago now lurk luxuriantly beyond the black painted contour. Esther Tielemans’ brushstrokes are liberated of reserved precision. They are more relaxed, vertical and above all else, radical. Deep, dark tones are applied over luminous colors, engaging the same theatrical spirit as her sculptures; as if you are witnessing an unparalleled natural phenomenon from within the wings. The geometric shapes appear to dissolve into the black. Disregarding hierarchy, the artist grips both sharp forms and an expressive painterly touch by the horns. The horizon has vanished, but it is still there: in the form of an Anthropocene world in which the earth and the atmosphere are intertwined, navigating between psychic abstractions demanding submission and the time-honored tradition of landscape painting. 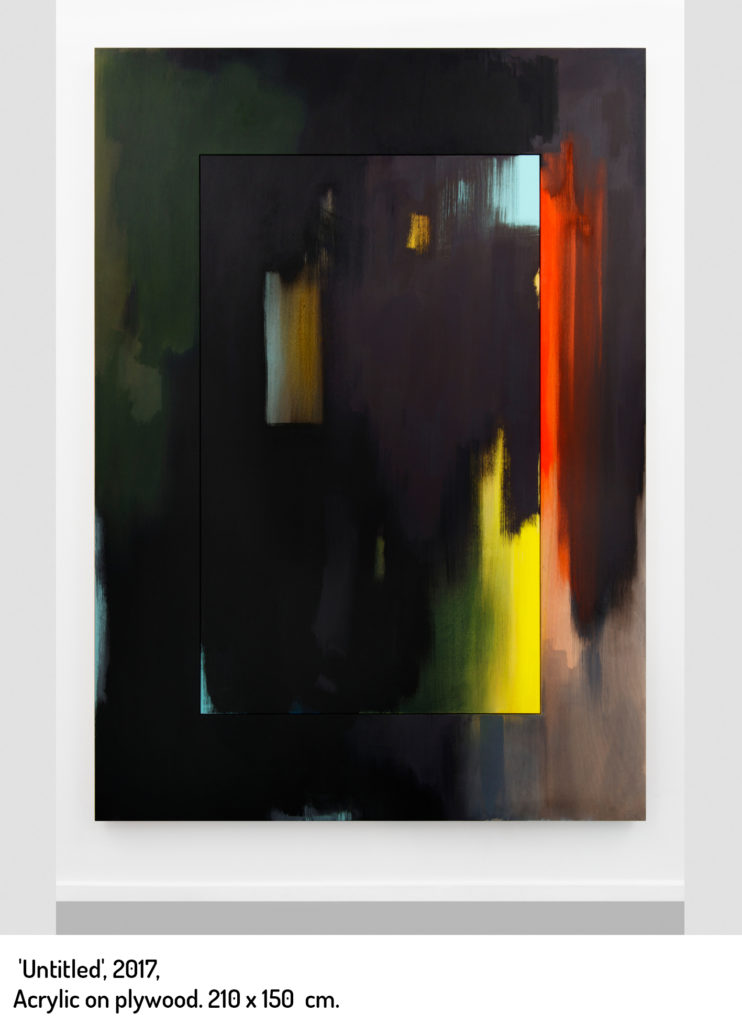 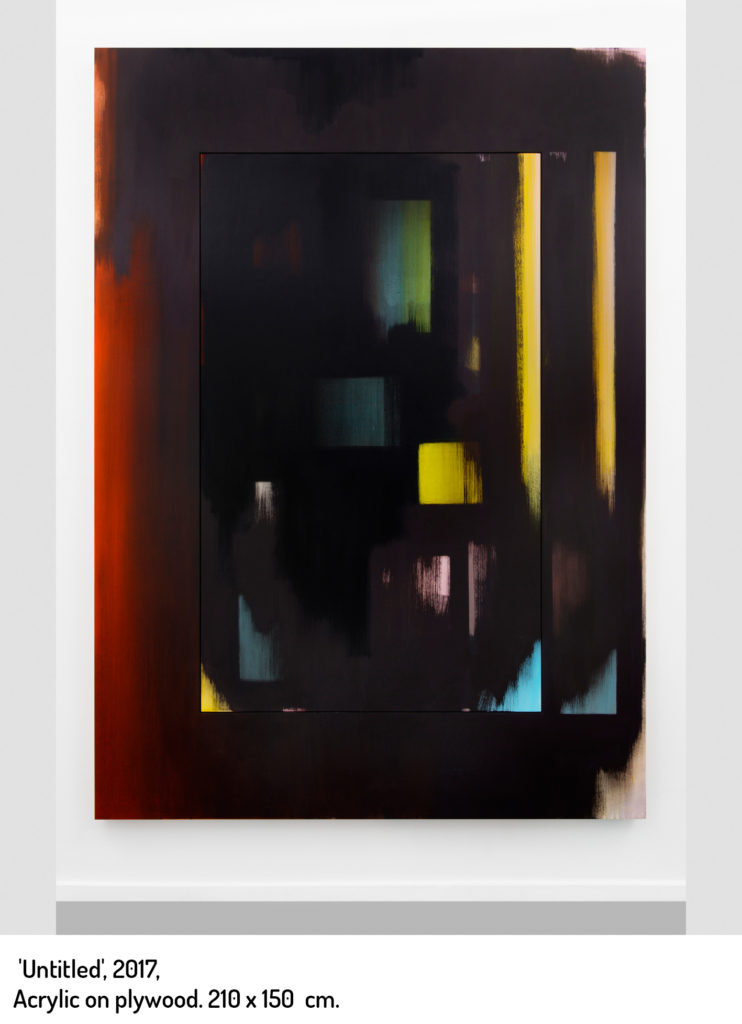 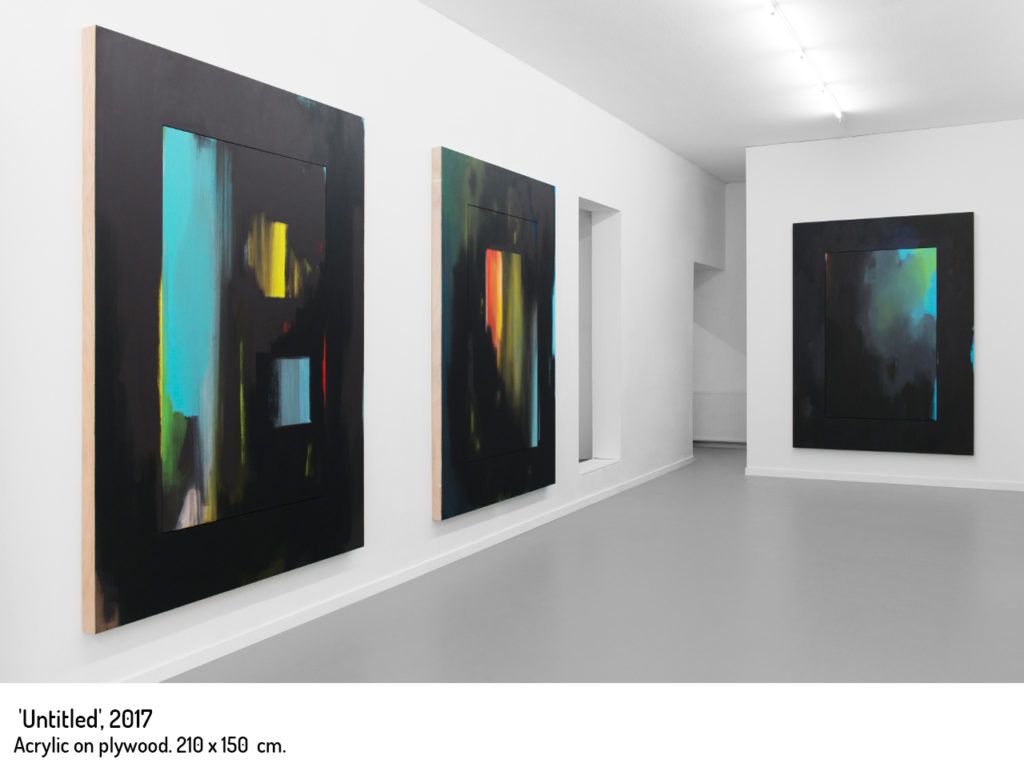 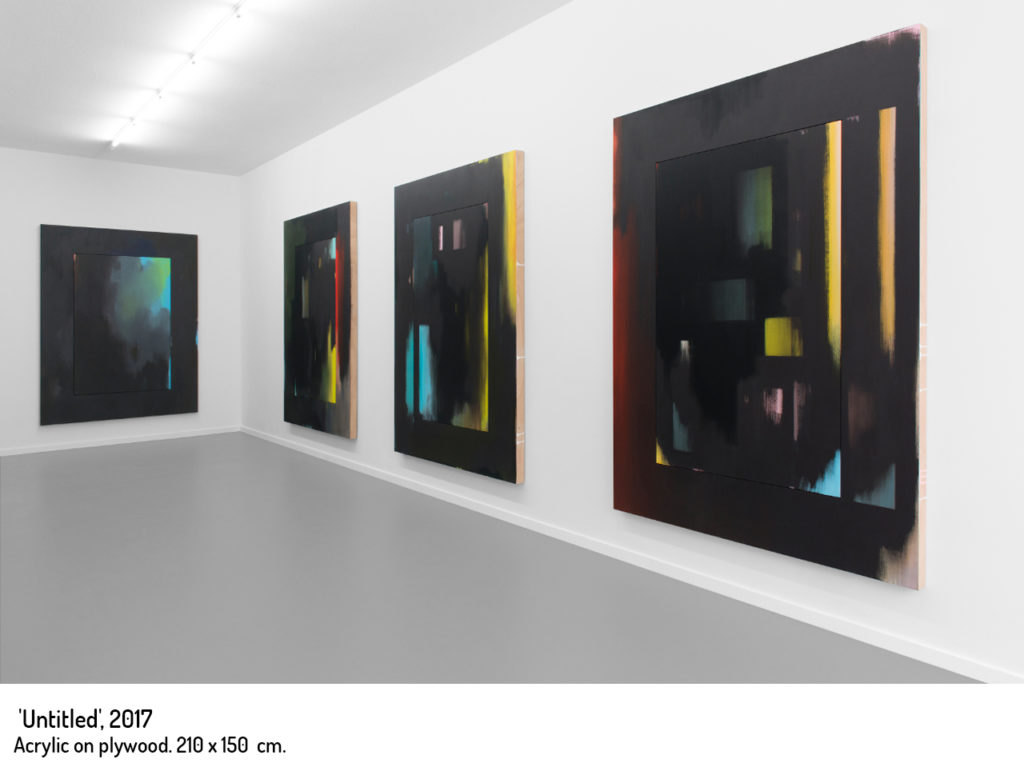