Robert is many ways a classical painter, whose practice is firmly rooted in both the history of painting, as in the contemporary world of new media.
As a starting point for his first mature series, ‘Exorcise from a safe distance’ (2015), Robert took digital photographs of Persian carpets he found online. These classic products, executed in an ancient technique, of course loose a lot of their quality as low resolution jpegs. By zooming in on fragments of the images, Robert reveals a whole new aesthetic. The symmetry of the flower motives remains, but the blurring and pixelation make you wonder what you are looking at. Robert blows up these fragments in his paintings. The flower motives become insects or monsters, demons even – not unlike what one would perceive in Rorschach test images. The title ‘exorcise from a safe distance’ refers to these monstrous illusions in the paintings, as well as to the zoom-in and blow-up techniques that the artist applies. The work is as much about seeing, as it is about perceiving, about the effect images have on us (not in the least the images that we see online). 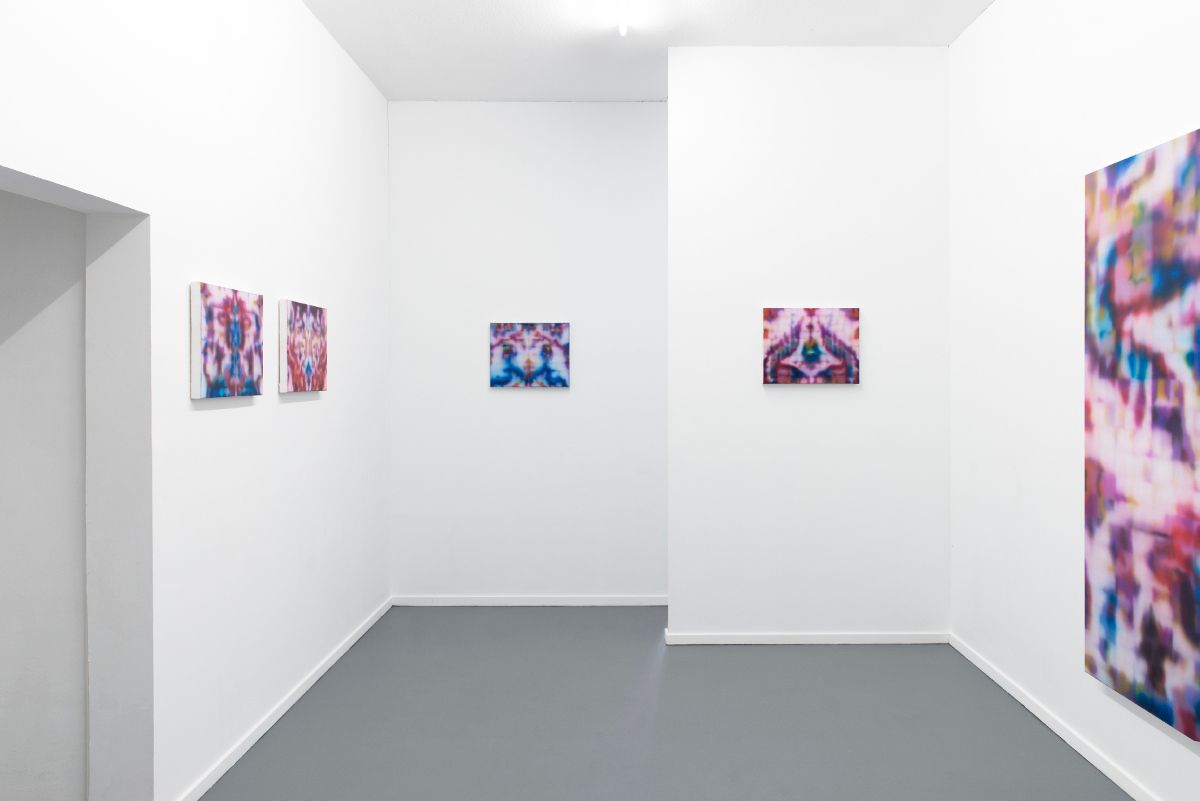 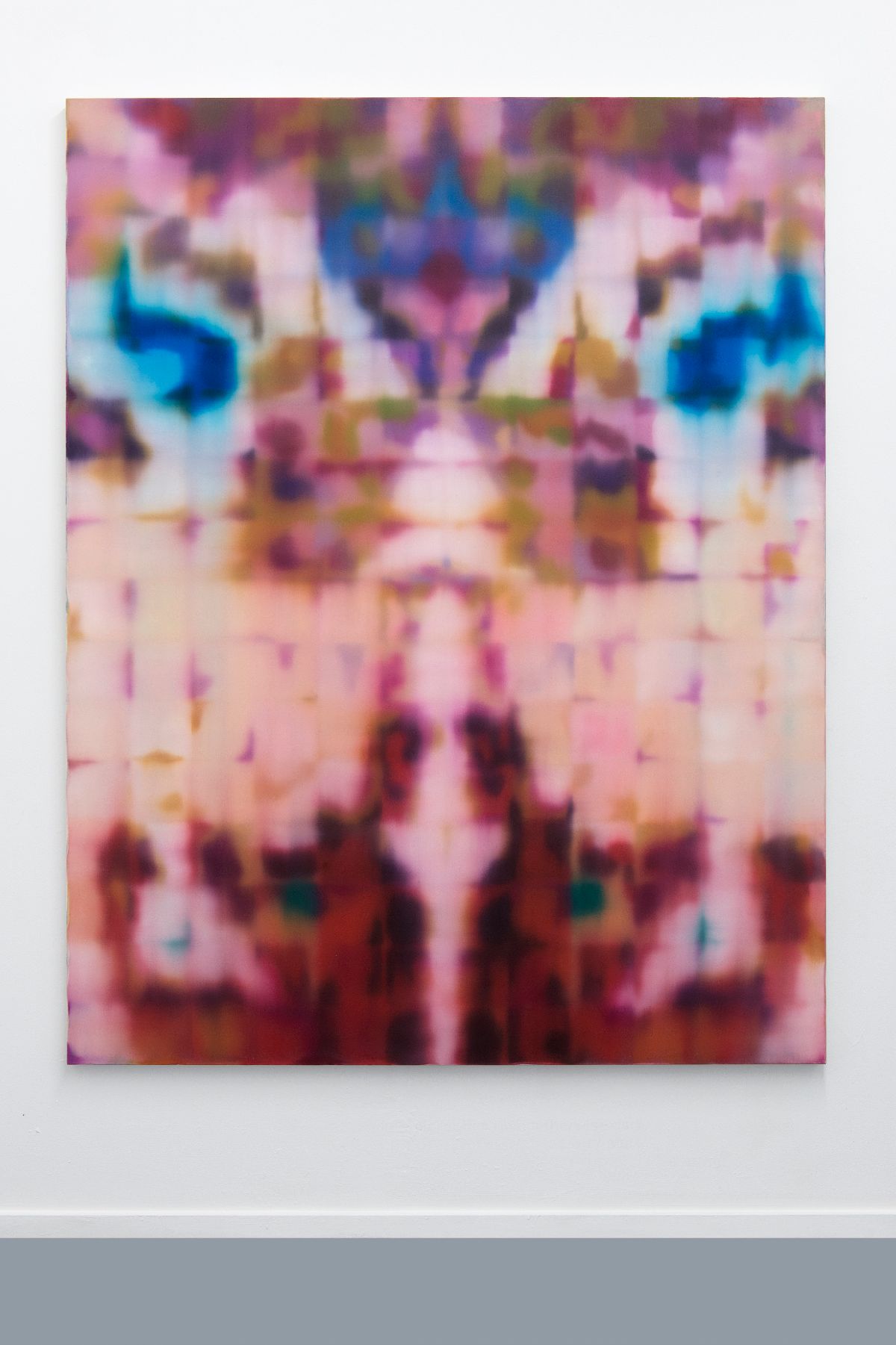 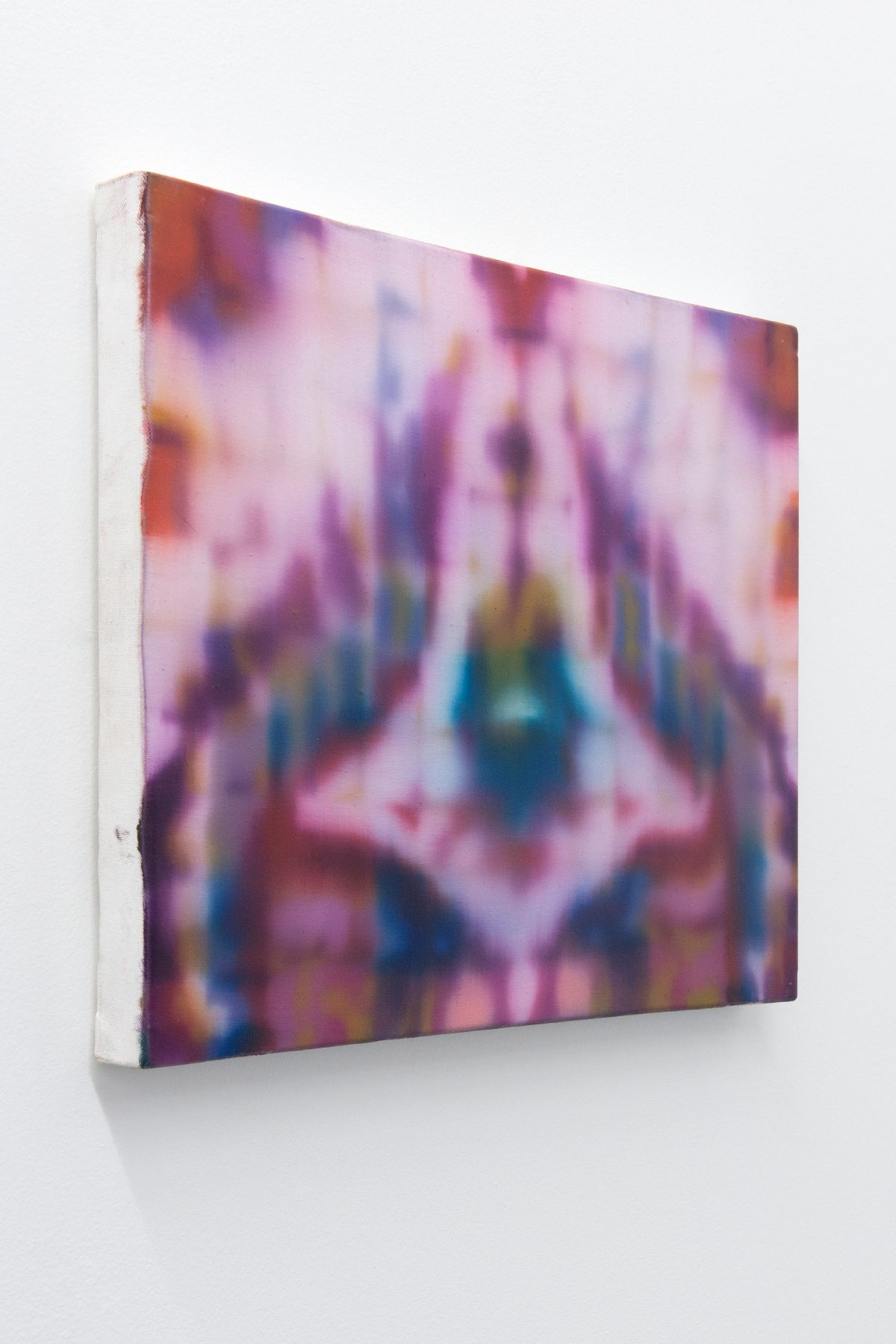 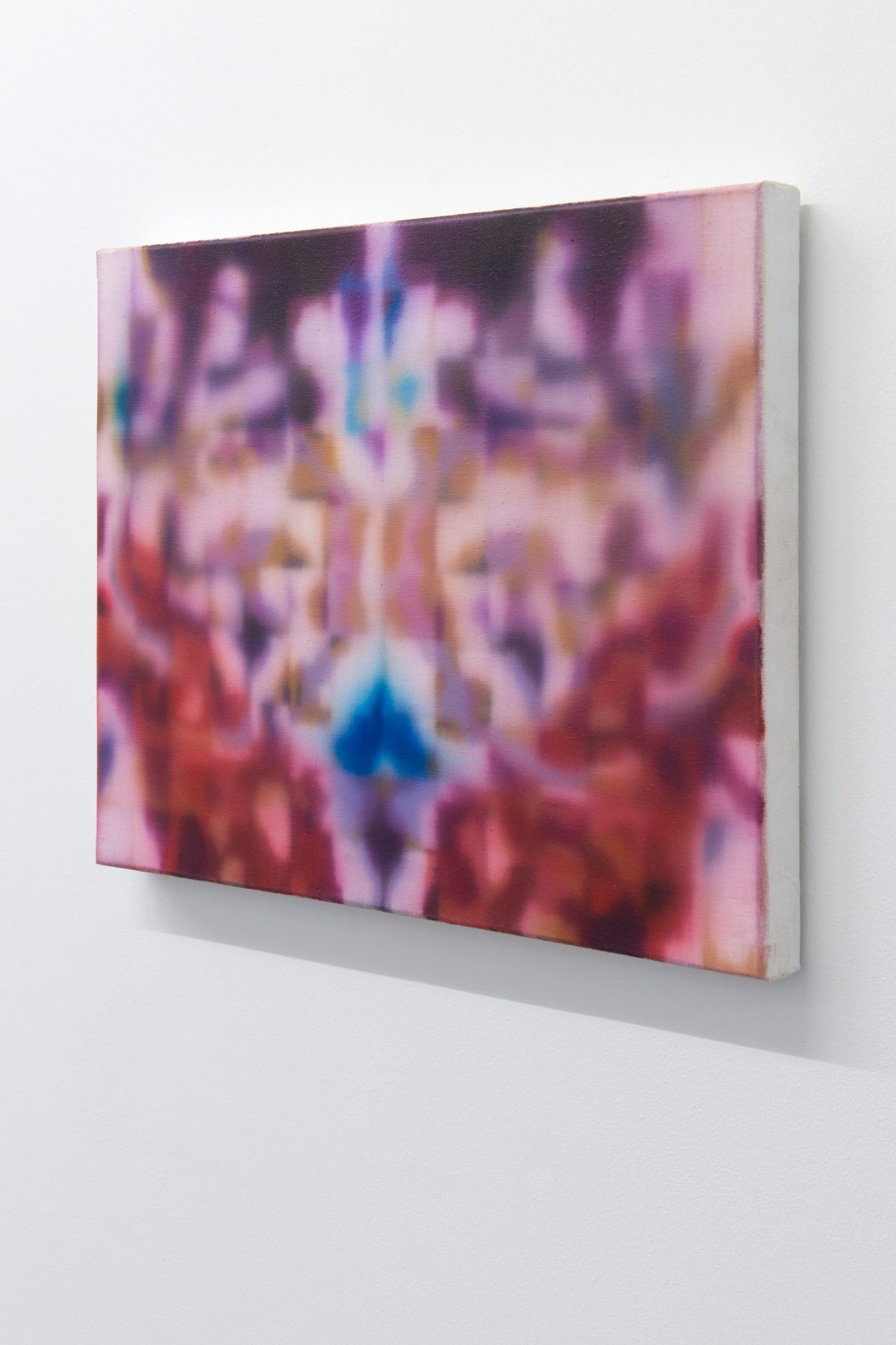 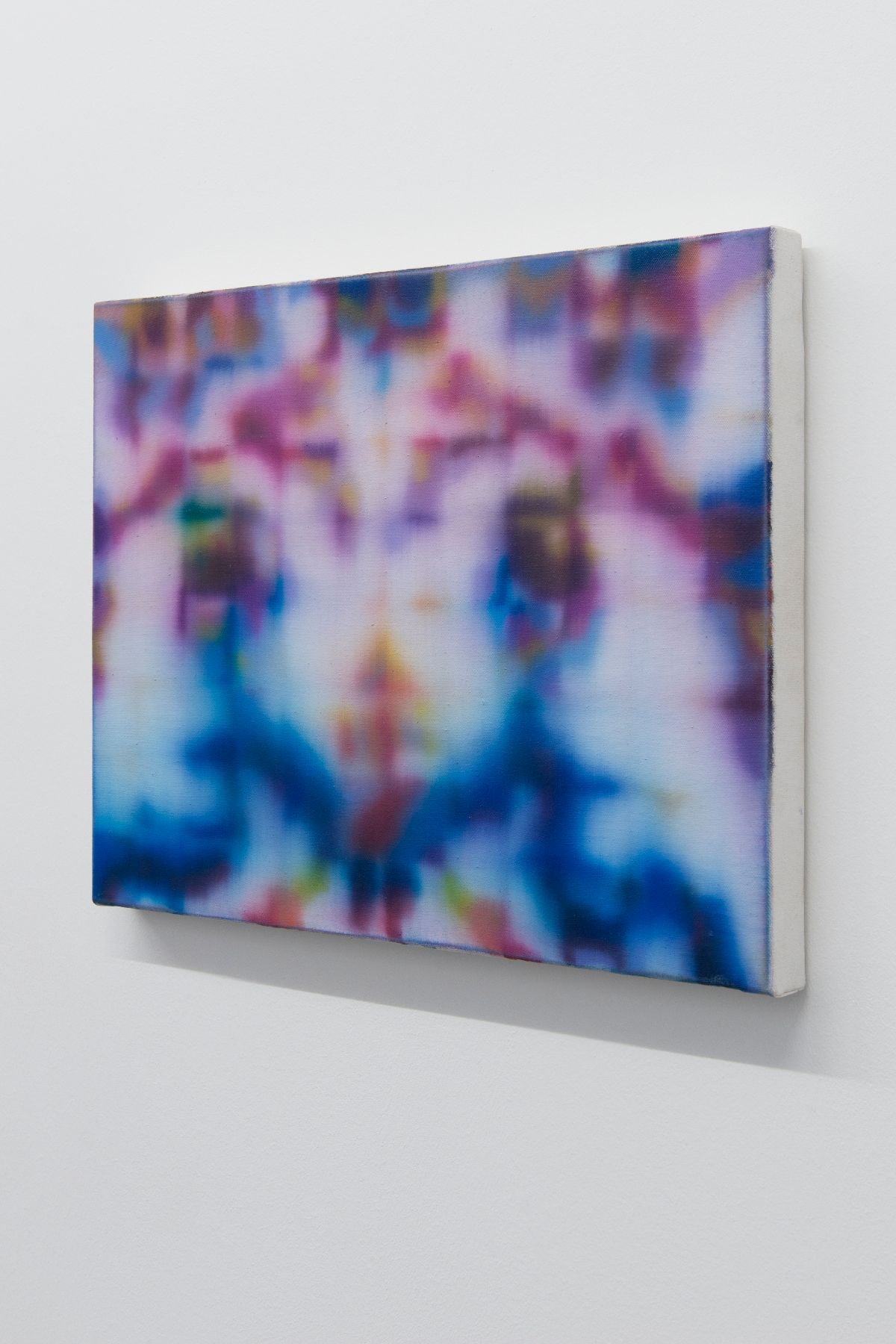