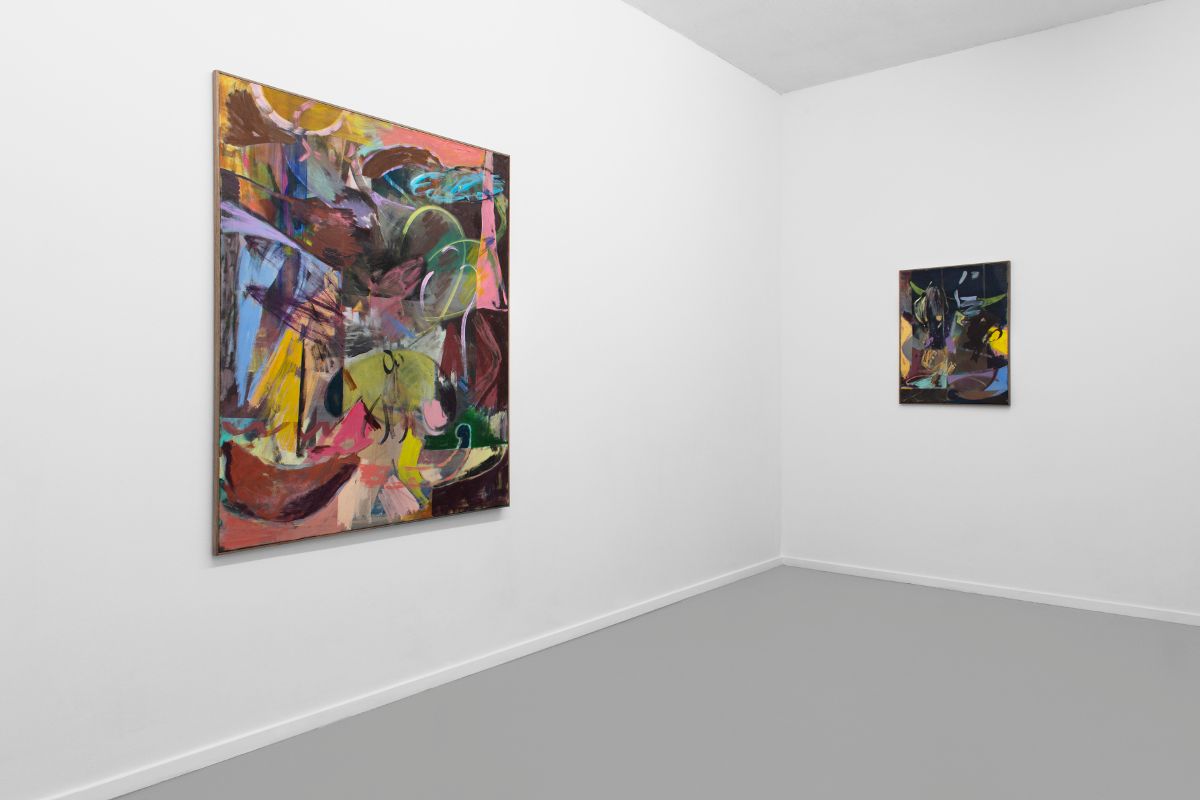 
At first glance appearing cheerful and seemingly swiftly constructed, paintings by British artist Jon Pilkington belie their complex creation. The artworks are a precise balancing act between the free hand and the rigid use of line and composition. Their basis is almost always figurative, the subject matter derived directly from real life. A jug, a vase, a window frame, a piece of fruit, table or chair: the domesticity that surrounds us daily serves as the starting point from which a first outline is created. Thus begins the artist’s complicated and demanding endeavour. Layer by layer, section by section, abstraction sets in, continuing until the original is abandoned and spatiality comes to exist; a place holding greater universal significance rather than a single object. The repainting of successively smaller areas transforms a vase of flowers into a space that can be traversed in thought. The artist explains: “There are motifs in the work that recur painted over and over until the motif loses all connection with the origin and plays with authenticity and creating synthetic highly contrived images. Collage plays a big part, but I don’t think they are collage paintings. They are all so close; it may be one group of drawings that have influenced a series of works.”

The horizontal line that reappears in each work is worthy of note; sometimes occurring at the bottom of the painting, sometimes placed more traditionally, just below the centre. These lines mislead the eye for a moment, as the eye assumes that the interplay of the lines is an actual game, given their carefree and playful nature. In reality the paintings are more like a ritual; a manic experiment in which the same patterns are repeated and evaluated, again and again. Much like Esther Tielemans, Jon Pilkington attempts to decode the basic conventions of painting; analysing the major concerns of composition, color and shape. “Form is the most important. Compositionally, the fragments within each work that separate decisions and cover the history.”

The use of colour is remarkably sweet and warm, but by no means gentle or tacky; a result of the artist using his atelier floor as a palette, mixing the colours directly upon the surface. Sand, dust and dirt mix in with the pastel colours and leave a somewhat foul undertone behind in the resulting colour layers.

A delightful failure can thus be a valuable stroke of luck, permitted and recognized by the artist, by looking attentively, looking again, taking distance and looking once more. This open eye and alertness for the unpredictable makes Pilkington a convincing artist. The essence of Jon Pilkington’s work lies within the search leading to the perfect composition. 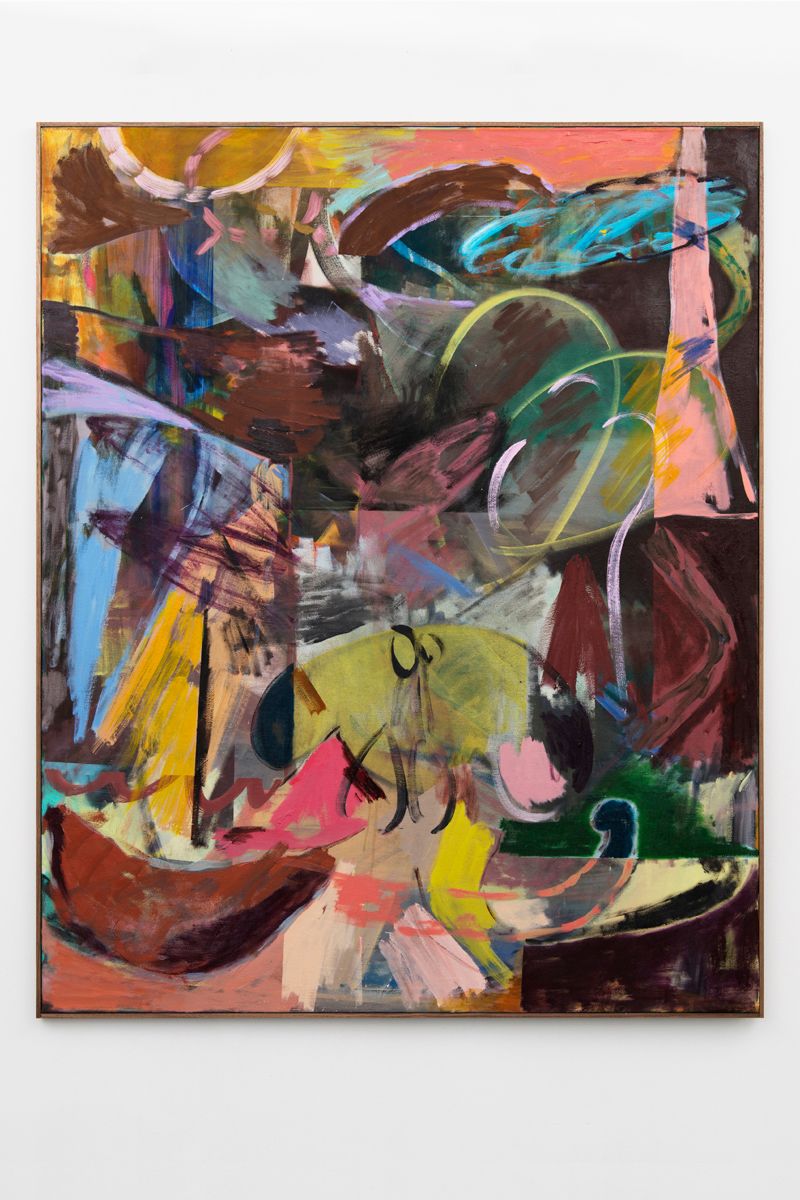 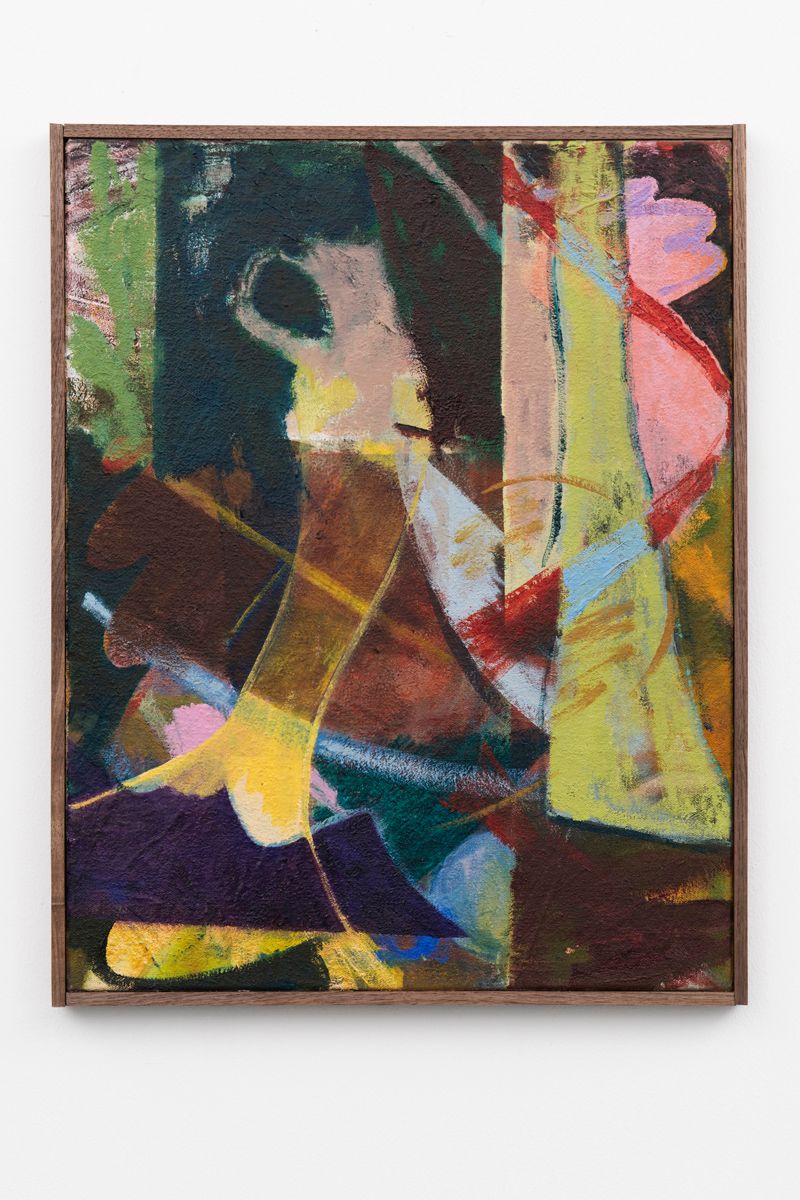 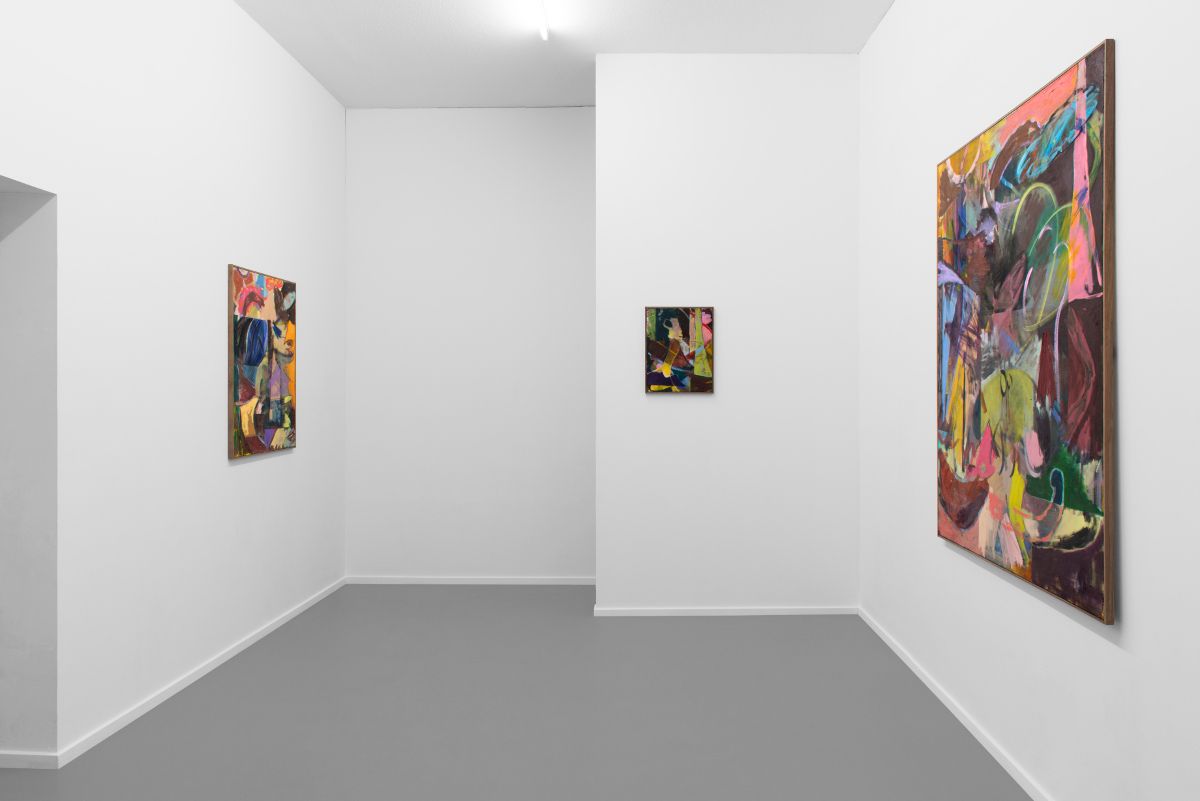