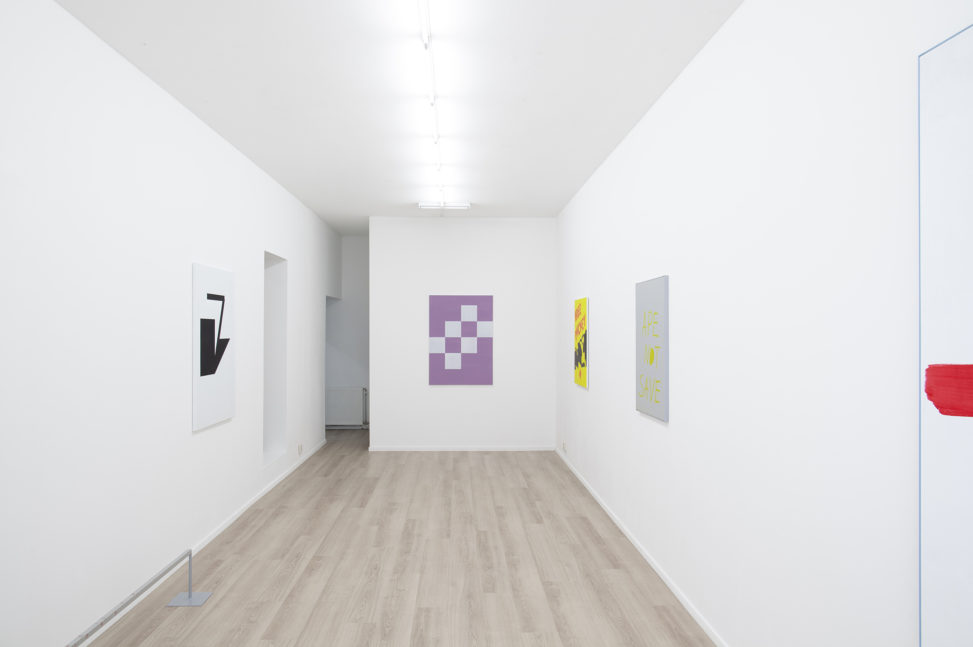 CINNNAMON will open the season with two solo shows. In the North space, we will host the a show by Dutch painter Just Quist, entitled ‘Ook, ik, ben dood’. In the adjacent South space Yannick Val Gesto will show new works. For both artists, this marks their second solo show at the gallery.

There is art that confirms, and there is art that disrupts. With a heavy hand (provocative), or gently. Quist is an artist who disrupts gently. Ever since I have known his work, I have been struck by a strange attraction that, in part, is that I never fully understand the work. In Quist’s work each work seems to set its own rules.

Don’t expect an elevator pitch or a sales chat. As soon as you try to name something in Quist’s work, you realize that you leave a lot unmentioned that is just as important. Perhaps it is a lack of hierarchy. Every node in the network is equally important. Substantive connections between the nodes are transferred transitively. Disparate matters are a-hierarchically linked – a pencil line on a work, a floor, a title or the absence of a work. It is up to the viewer to make a story out of it, while the artist leads. Gently.

In my view, Quist’s work is close to Rorty’s ironism. We are not talking about irony in the form of mockery or humor (although humor is not lacking in Quist’s work), but a deep-rooted awareness of the coincidences of existence, and the impossibility of ever developing a vocabulary that can fully summarize (public or private) reality. Ironic figures of speech may transfer reality more precisely than descriptive language.

Quist makes me – a disrupted viewer – aware of my role in the exhibition. Sometimes he does this quite literally – in the form of an installation or intervention. In his first solo at the gallery, he installed a metal grid structure on the floor, made of of raised metal strips. The viewer had to consciously navigate through the space, stepping over the metal edges.

In the current exhibition there is also an installation element on the floor. This time however, the unsuspecting visitor might not notice the work immediately. Quist has installed a laminate floor with a wood motif and thus transformed the exhibition space into a neat, somewhat museum-like showroom. In colour tone, the floor is similar to that of Museum Voorlinden in Wassenaar.

A copy of Dutch art magazine Metropolis M is inserted into the floor. In the magazine cover, Quist has laser-cut a text: “call me hysterical but critical”.

One may be inclined to see the floor as mocking criticism of the museum institution, but it is more than that. Rather, Quist seems interested in “what happens if …”: What does the floor do with the work? With the gallery? With the reception of the work by the viewer? And what does the confrontation between the ‘chic’ museum floor (actually: IKEA laminate TUNDRA) with the copy of Metropolis M do? How do they relate, elements referring to almost opposite contexts within which contemporary art can be interpreted (the private museum that seeks the general public, versus the magazine that is mainly read by a select audience of mostly art professionals)? Quist stages a meeting between extremes but does not answer the questions that this meeting raises. Again, Quist gently leads.

Looking at the works, themes and motifs emerge. Doubling, mirroring and transitivity (the transferability of relationships) are recurring notions in Quist’s work. These motifs take a different shape, sometimes ‘doubling’ is guised as appropriation: the copy of Metropolis M sunk into the floor. Even the image on the cover is appropriated, an image (the artist is unknown to me) that apparently is about mirroring and doubling. Sometimes mirroring guised as imitation: the floor as a double of the museum floor in Wassenaar. In other cases, it is more obvious. Looking at the paintings in the show, The number seven doubles on “Fortune-teller” (2019), but also appears in an untitled black-on-white canvas from 2018, which itself also has a double in white-on-white (not in the exhibition) (transitivity). In other cases, the connections are not visible: a second, quite different version of “Formation of Colors” (the work with the text “Free Mickey”, 2019) is currently on view at Barbé-Urbain in Ghent, connecting both shows.

The notion of presence and absence is taken a step further in the most mysterious work in the exhibition: an aluminum, square profiled tube, marked with a permanent marker, raised from the floor on a pair of legs, is placed in front of (and parallel to) an empty wall, as if it is a barrier that the viewer must keep at a distance from an all too expensive – but absent – masterpiece. The mark on the aluminium suggests the object be a rule of sorts. The ‘ruler’ also has letters on it, which form a sentence: “John is dead, but he is on holiday.”

The aluminum tube is indeed a kind of ruler, which Quist made for the manufacture of a painting. The painting, which shows the sentence, is not present. Through the ruler, it is present in absence. The absent painting was the starting point of the group of works that Quist now shows. The text is instructive: a strange, impossible, surreal sentence. John is absent, that much is clear, but there is uncertainty about ondition. Or not: he is dead and on holiday. Has John doubled? The interpretation of John’s absence is an open question, as is the absence of the painting ‘John is dead, and he is on holiday’.

The ruler has its own dimensions, its own logic. But also the ruler has doubled. In fact, the ruler in the exhibition is not the original. It has been carefully copied by Quist. Brand new and sleek, stripped of its functionality, it’s alienating. More pure, perhaps, like a platonic ideal.

Quist describes the work as a “rule against which a painting can be tested”. The rule, an abstraction, a platonic idea indeed, had materialized while its derivative – the painting – had disappeared. Dead or on holiday, in the mind of the viewer it exists as an idea.

Language plays an important role in Quist’s work. Mostly in the form of titles, but recently text can be found in his paintings. “Ape not save” is such a work: a simple painting with a simple text in yellow. Or…? How simple is it, really? The three-word phrase sounds as if Tarzan, having come in contact with ‘civilization’ only recently, wants to tell us something but lacks the vocabulary to make himself understood. The “O” of “NOT” is no longer open, it is filled in with yellow, a little yellow sun – a reference to John’s holiday? To the painting that reads ‘zonlicht’ (‘sunlight’, not in the exhibition)? The sun, source of life, the opposite of death.

Wordplay is also part of the exhibition’s title. ’John’ is, apparently, not the only one who’s dead. The title, “Ook, ik, ben dood” (‘Also, I, am dead’) refers not only to ‘John’, but also to a statement by Broodhaers: “I, too, wondered if I couldn’t sell something” . Broodhaers refers to his switch from poetry to the visual arts. Quist, however, has reversed the words “also/too*” and “me”, creating a strange and ungrammatical sentence. The “I” is placed in parenthesis, outside the main sentence by the commas. Is the “I” still the speaker of this sentence? Or has the adverb “also/too” been promoted to subject? And why is the title correct in English –’I, too, am dead ‘, and not a translation of the intentionally mistaken Dutch? Does this indicate the difficulty of translation, if not the non-tranferability of meaning?

Quist’s work mirrors reality’s complexity ‘in abstracto’. A conceptual double of that reality, Quist’s oeuvre as a cannot simply be translated into it, and vice versa. What Quist can do, however, as an artist, is transfer the conceptual realm to the realm of the image. In a sense, Quist creates a new reality: the reality of the image. In a conversation, Quist once referred to his work as “abstract surrealism”. Historically, surrealism was looking for a way to express the unconscious. The ultimate goal, according to Breton’s manifesto, was to create a super-reality by removing the contradictions between dream and reality. This would create a super-reality.

In a way, Quist work aims to create a ‘super-reality’, albeit one in which the contradiction between ‘interpretational space’ and ‘objectified reality’ is sublated. In Quist’s work, the scope of interpretation appears as the reality of the artwork, in its materially (form, color, material, trace) and in its imperfections. Ultimately, this is leading. Let the disturbed viewer, above all, keep looking.

*in Dutch, both words translate as ‘ook’

His works have been shown in group shows at, amongst others: Martin van Zomeren, Amsterdam; CARDRDE Bologna (I), Witteveen Art Center Amsterdam; Nest, the Hague, Henningsen Gallery, Copenhagen (DK).

Quist curated Sliversurfer for The Wrong Biennale with Koen Delaere , LET GOOOOO at Caesuur with Harmen Eijzenga. He was guest tutor at Minerva Academy and AKV/St. Joost. He recently initiated The Balustrade, a small non-profit art space in Tilburg.

Just Quist (Dordrecht, 1965) is a conceptual painter. His work reflects on painting as a medium after the post-internet era. The transitive relationships between the artist, the art work, the space, the written context, and the viewer play a crucial role in his work. As with his previous show at the gallery, he alters the gallery, creating a setting for his works that disrupts the viewer’s role and expectations. 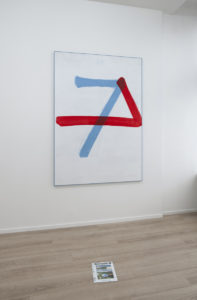 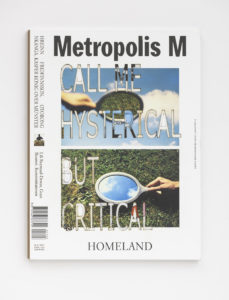 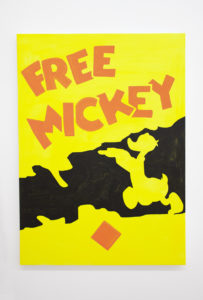 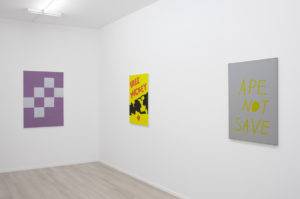 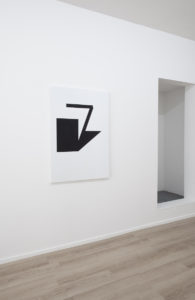 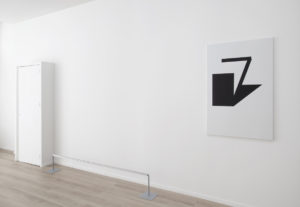 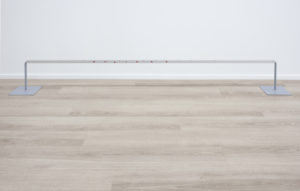 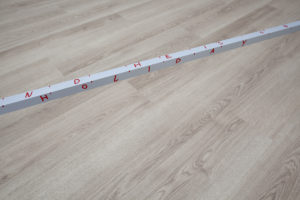