Three years ago Robert Roest exhibited his ‘Meatware Ecosystem’ series in his second solo show at the gallery. The exhibition explored digital aesthetics through the medium of painting – aesthetics derived from computer games and online media. Now, we present a selection of works from the ‘Meatware Ecosystem II’ series (2019), in which the artist follows up on the first series of its name, expanding and deepening his exploration of the original idea.

Like in the first series, we see paintings composed of colourful fragments of digital media such as video games. Roest is interested in the properties of digital aesthetics, i.e. the expression of substance (materiality) such as fuzziness and light, but also the otherworldly qualities of such creations. Lightning, fire, a brooding atmosphere – the imagery in Roest’s ‘Meatware Ecosystem’ works allude to sublime sci-fi hellscapes, or bright microcosms. Some details we recognise while others make us wonder what we are looking at.

By capturing digitally generated images of light and matter in oil paint on canvas, Roest furthers a tradition in modern and contemporary painting that seeks a relationship with other, newer media. In the past decade such media would have been film or photography. Instead of having rendered representational painting obsolete, photography has sparked a transmedial crossover, out of which giants of painting such as Gerhard Richter and Luc Tuymans have emerged. Now, we live in the era of the internet and the game industry. The logical step to take for an emerging painter interested in this approach is to seek a relationship with digital media. Roest is at the forefront of this development, but his work is not just about pushing the boundaries.  Not coming from a ‘post-internet’ background like some of his contemporaries, Roest approaches his ideas as a painter first and foremost. This is not only reflected in his skill, but also in the longstanding painterly traditions that run through his work and back to pre-modern days.  Much like a Flemish Primitive, or a 17th century still life painter, would have obsessed over how to represent the material (or substance) of his topic – be it a dress, a glass, a piece of fruit or light itself – Roest wants to bring out the unreal materiality of textures and light that only exists in code and on a screen but that are, on their own terms, representative of a world that is to be believed to be real. Thus Roest creates a representation of a representation. Note that for Roest this is not a postmodern mind game, it comes from sincere painterly curiosity, and the very worldly realisation that the digital realm is simply part of our lives, and a a painter one has to take this into account.

All references aside, the works are here to be looked at. With their sharp horizontal divide, careful composition, mystery, and smashing palette, these paintings are first and foremost highly visual. Bold yet refined, they are also successful on a formal level.  So put this paper aside (or put in into your bag) and let yourself –again– be drawn into the work of Robert Roest. 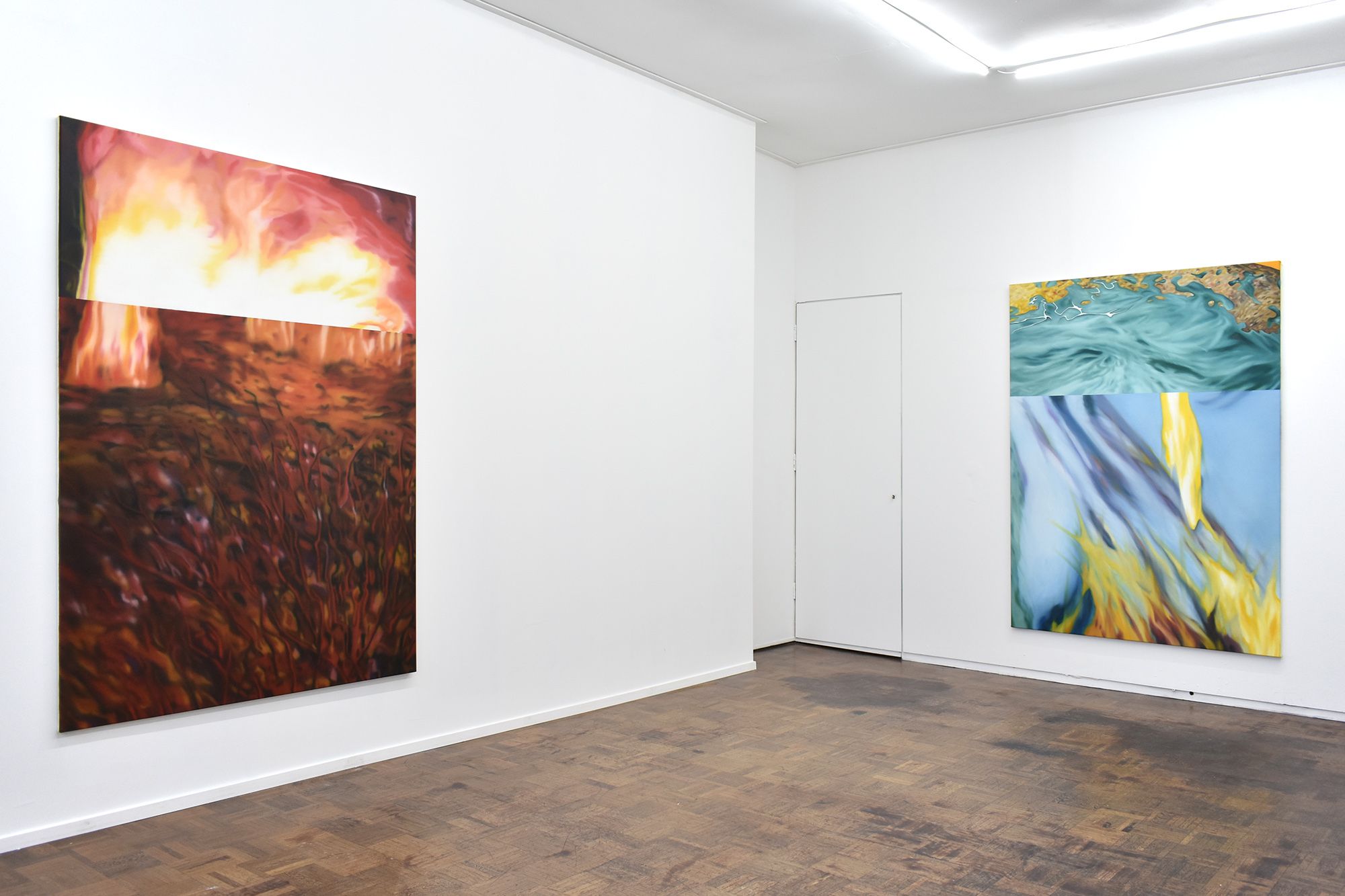 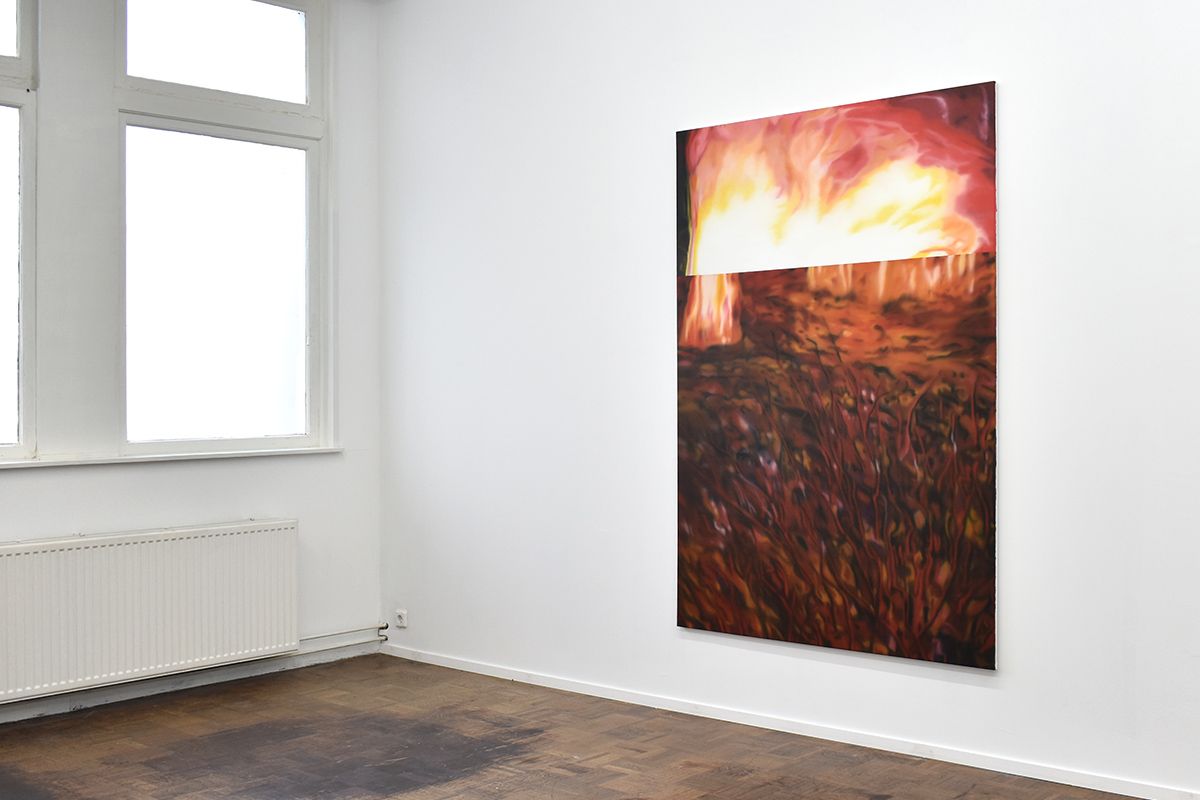 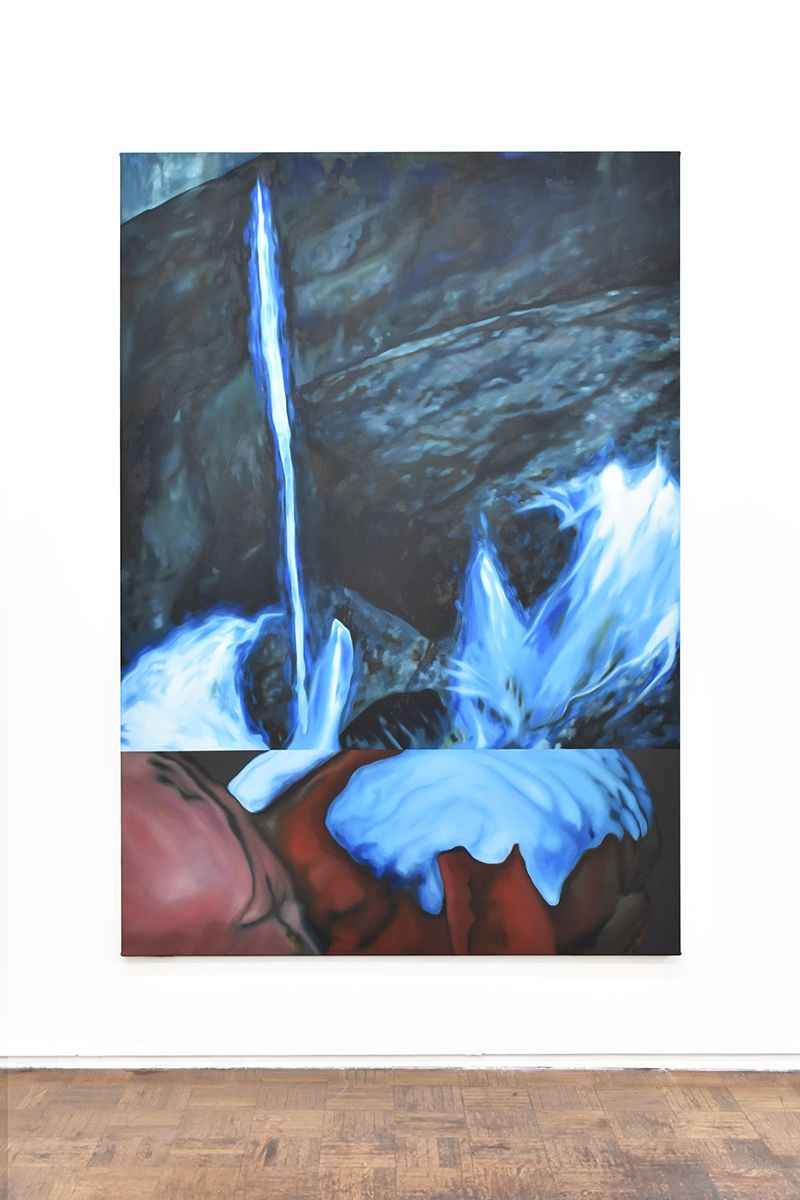 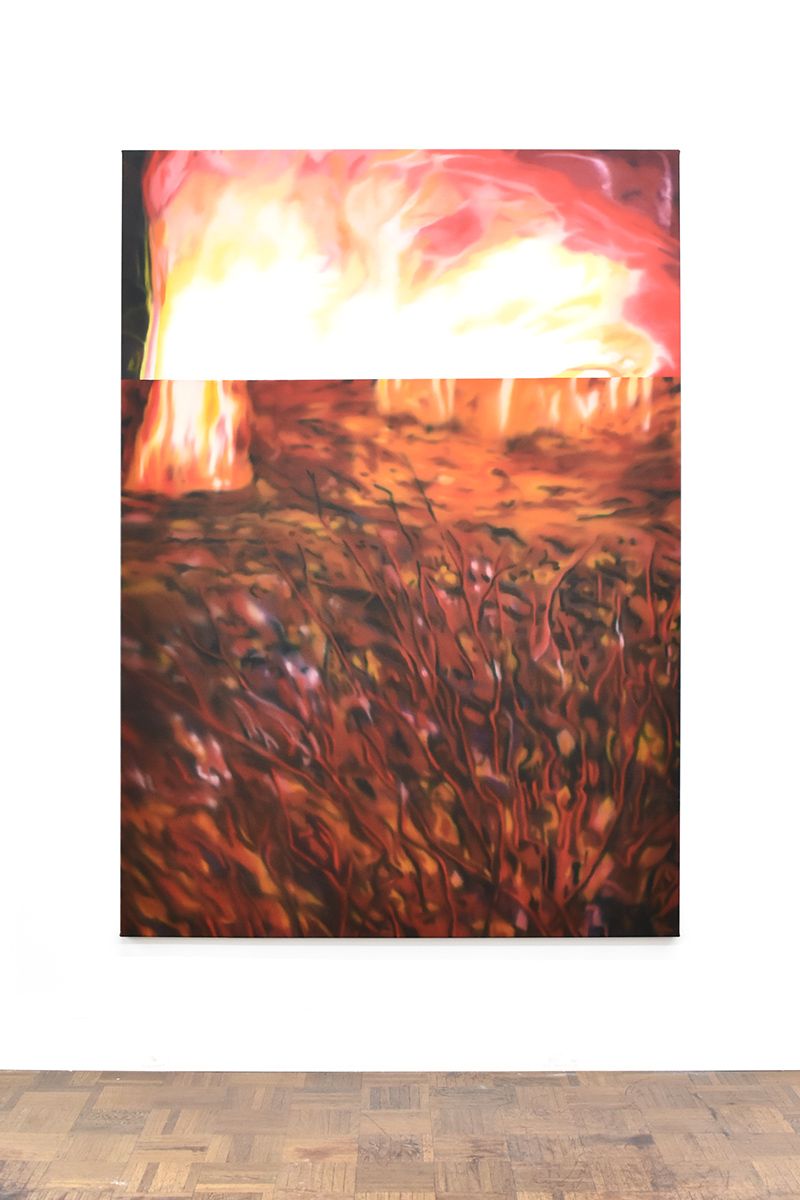