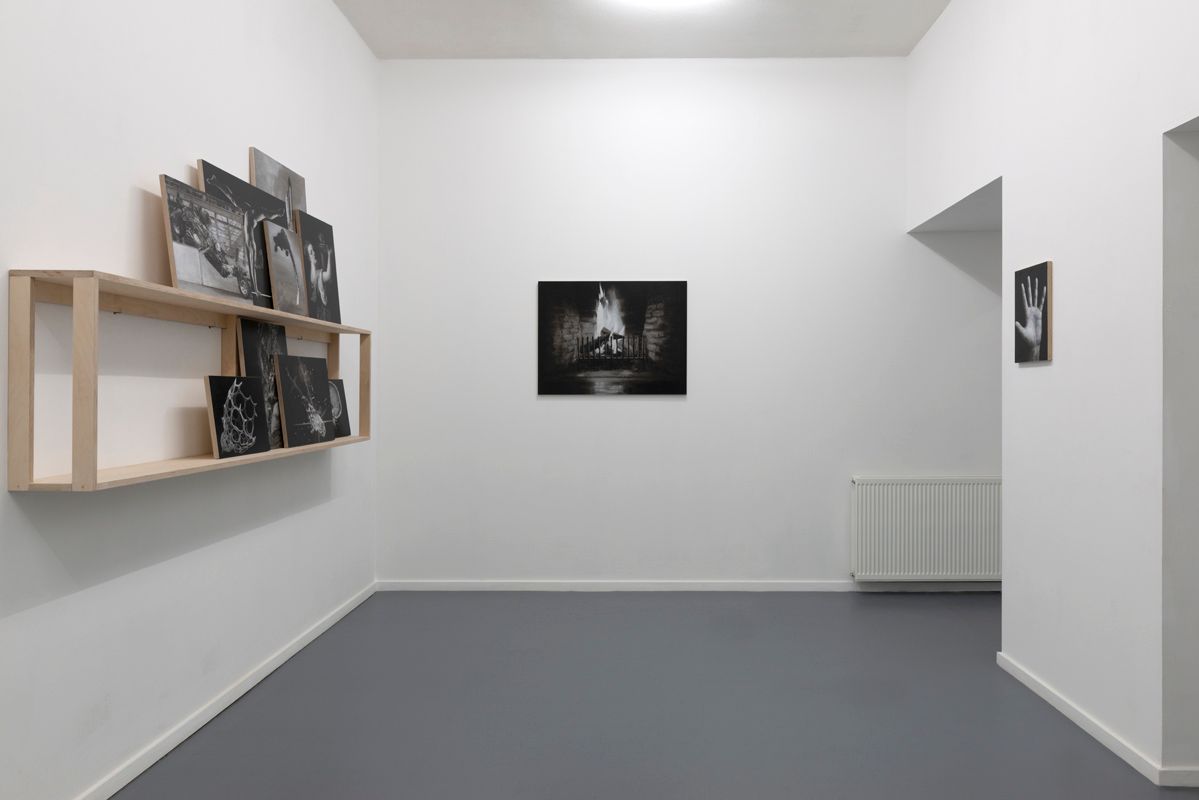 Hendrix is a conceptual painter whose work, like Wester’s in the North gallery, deals with the creation of meaning. For Hendrix, painting seems to be the means to an end. The brush stroke is irrelevant, colour is absent. It is the act of painting however, that is of importance. By physically copying – and altering – his source material, Hendrix can claim ownership over the images.

In many of his work the images carry an art historical weight. Black and white copies of panel of baroque still lifes, trompe l’oeils, refer to the story and meaning of painting itself. Exemplary is the work Sisyphus (the Origin of Painting) (2015), a work based on Die Efindung der Malerei van Wilhelm Eduard Daege (1805-1881). This work, a mythical reference to the origins of painting, is copied by Hendrix six times, gradually changing from too (underexposed) bright to (overexposed) dark. A copy with the perfect light balance is missing. Hendrix plays a witty game with myth and meaning, references, and his own position as a painter of the twenty-first century.In his recent work, the art-historical references are less prominent (yet still present). Instead, Hendrix derives his material from more diverse sources. Several images refer to water; flying (defying gravity) seems to be a theme as well. Dove, aeroplane, helicopter, Space Shuttle; an image of a WWII fighter plane going down – is Hendrix implicitly referring to human hubris? One has to think of the Icarus myth, like the story of Sisyphus a tale of hubris and its consequences.

Central to the exhibition are the two cabinets. These cabinets are the most clear indication of Hendrix’ lateral mode of creating. Not unlike in Wester’s book, new meaning is generated by reshuffling (visual) information. 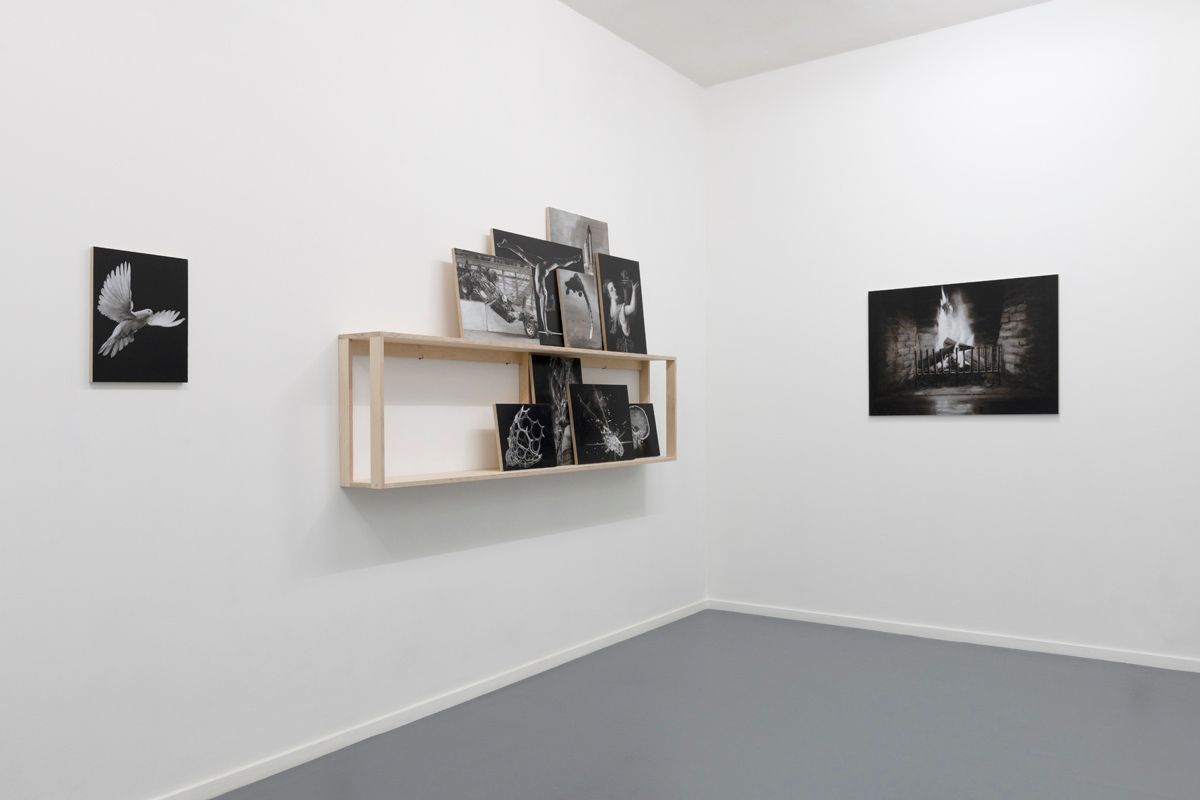 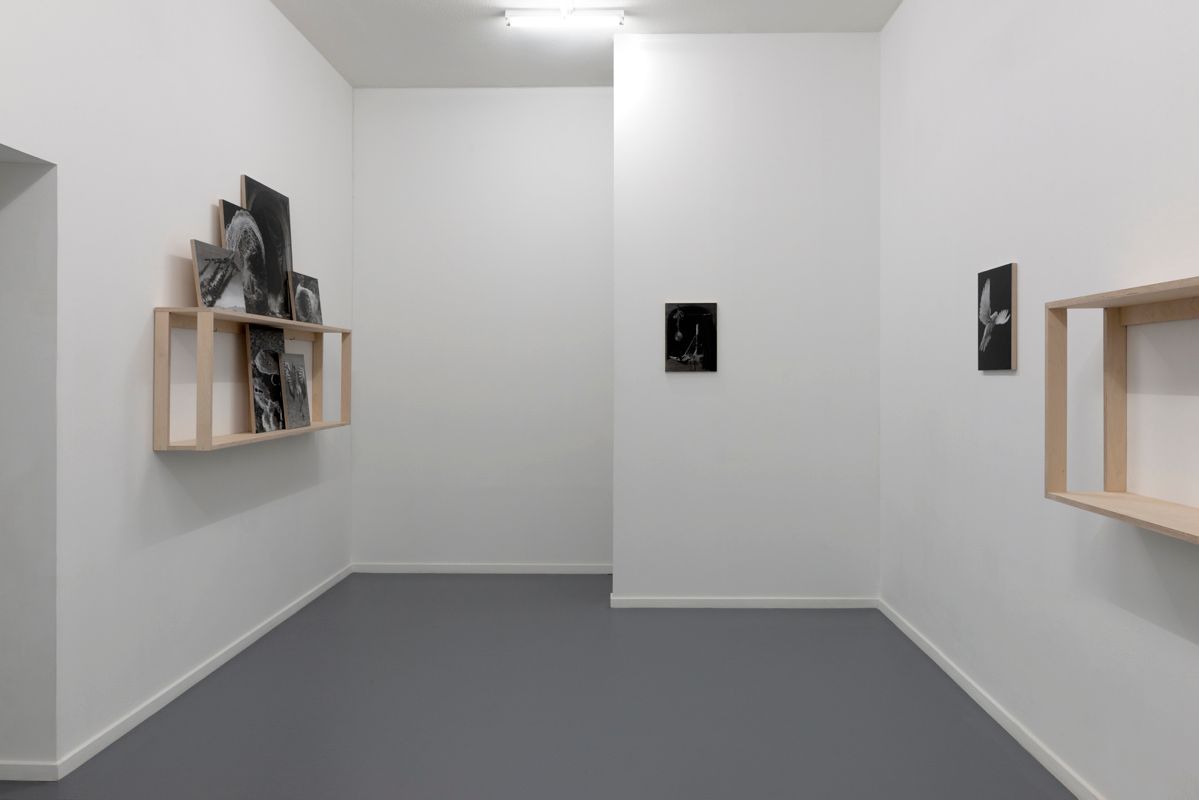 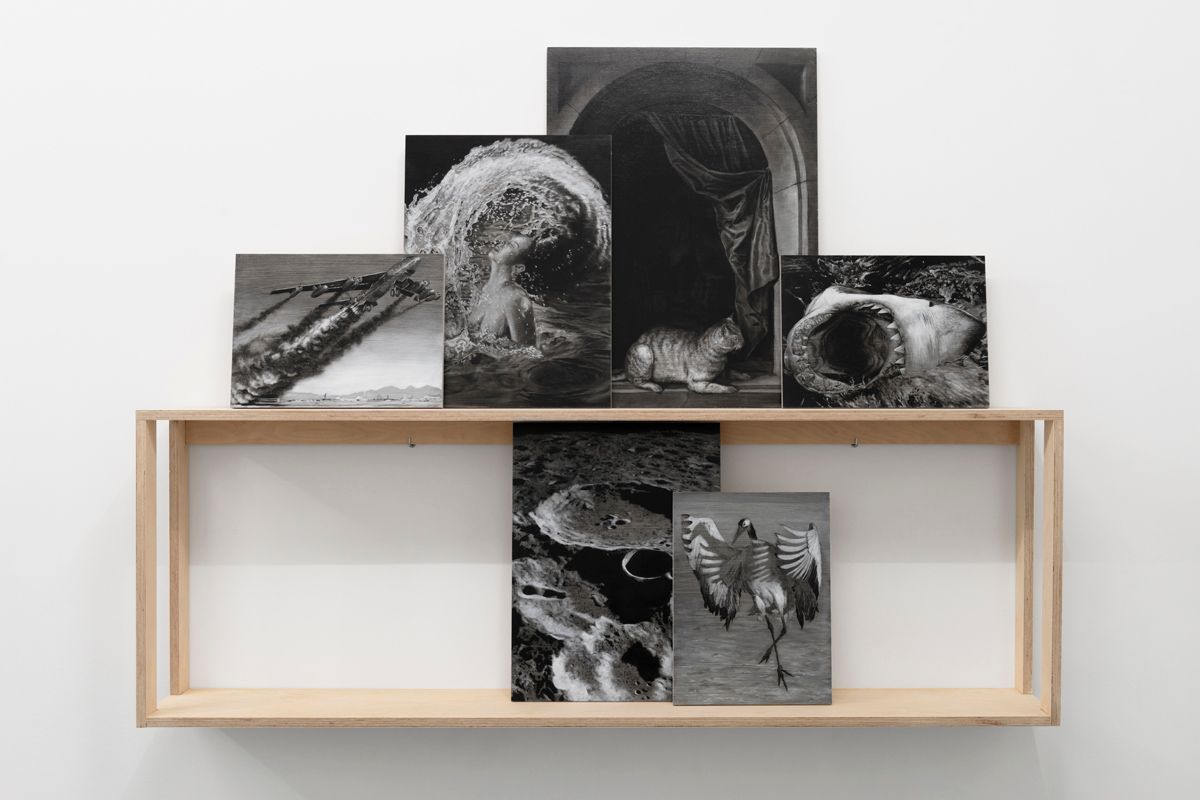 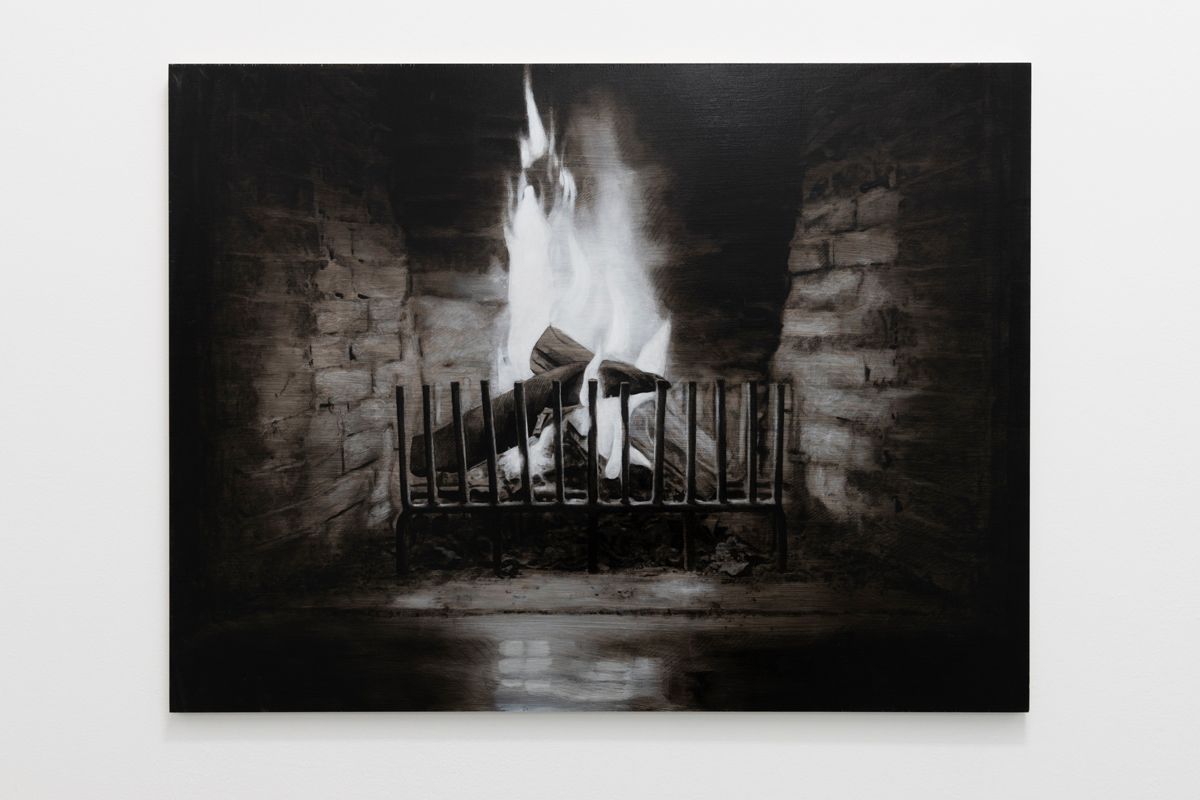 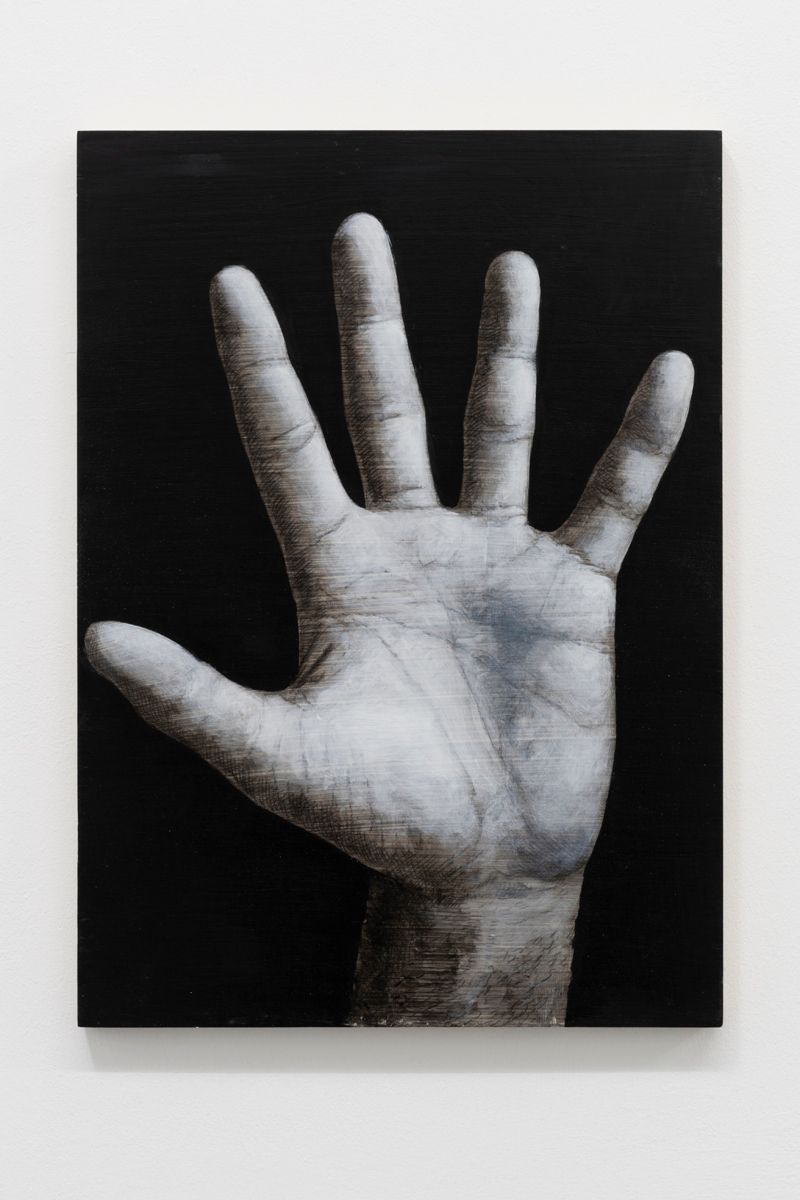