In his new series of painting, Meatware Ecosystem, Robert Roest continues his exploration of painting in relation to digital media. For this series, Roest has selected stills from a range videogames and computer programmes. Roest is interested in the properties of digital aesthetics, specifically sharpness, and the expression of substance (materiality) of a ‘thing’ that exists only in the digital realm. In each of the six works in the series, Roest combines two image fragments. In an anti-painterly gesture, Roest made a sharp divide, horizontally across the painting, disturbing the viewing of the paintings. Some image fragments are meaty, earthy and reveal a rawness that challenges the digital realm from which they were derived. Other fragments emphasise their immaterial origin, capturing radiance and smoothness.

The technique is cold and rational. The works are painted, so much is obvious, but there is hardly a sign of expression. While for some painters the subject is merely a reason to explore the formal qualities of painting (texture, brush strokes, colour, material), Roest reverses this approach. To wat extend does the painting retain its ‘aura’, even when it is a more or less meticulous copy of combined digital image fragments? While working on a previous series, the artist remarked that it made him feel like a ‘human printer’. This captures the extreme position Roest also takes with this series.

Half living, half dead, half natural, half artificial, half recognisable, half alien – the works evoke visions of a post-human world, where man is primarily seen as meatware*, the human element within a computer system. For now, the artist the hybrid gatekeeper between realms, digital and physical, meticulously exploring the possibilities of his position. 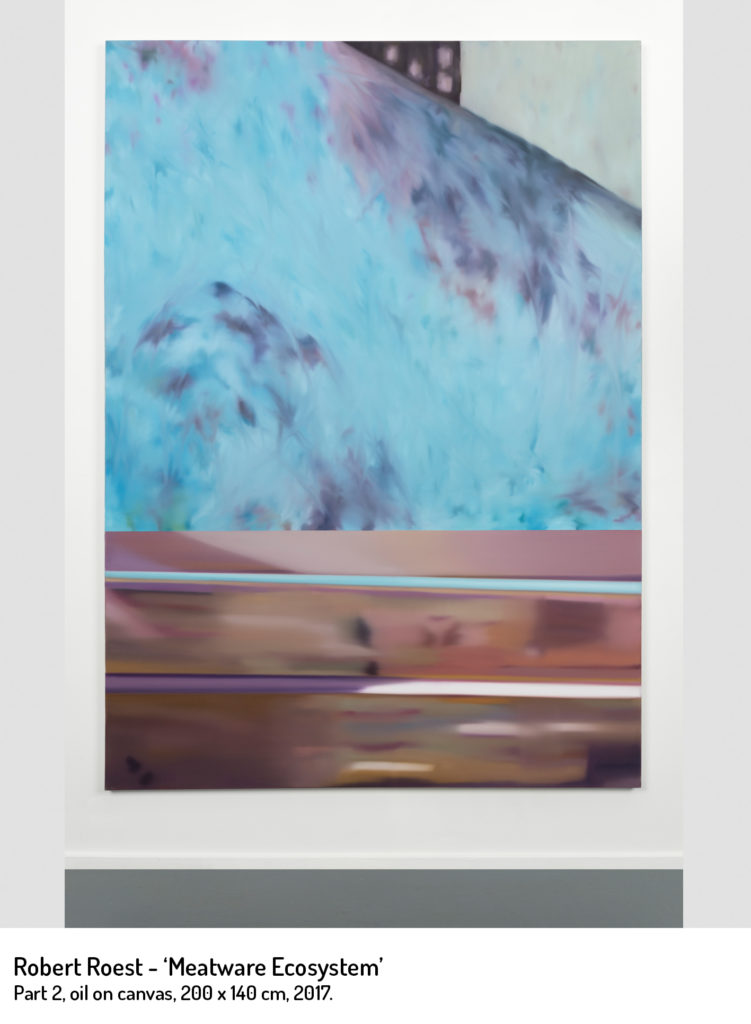 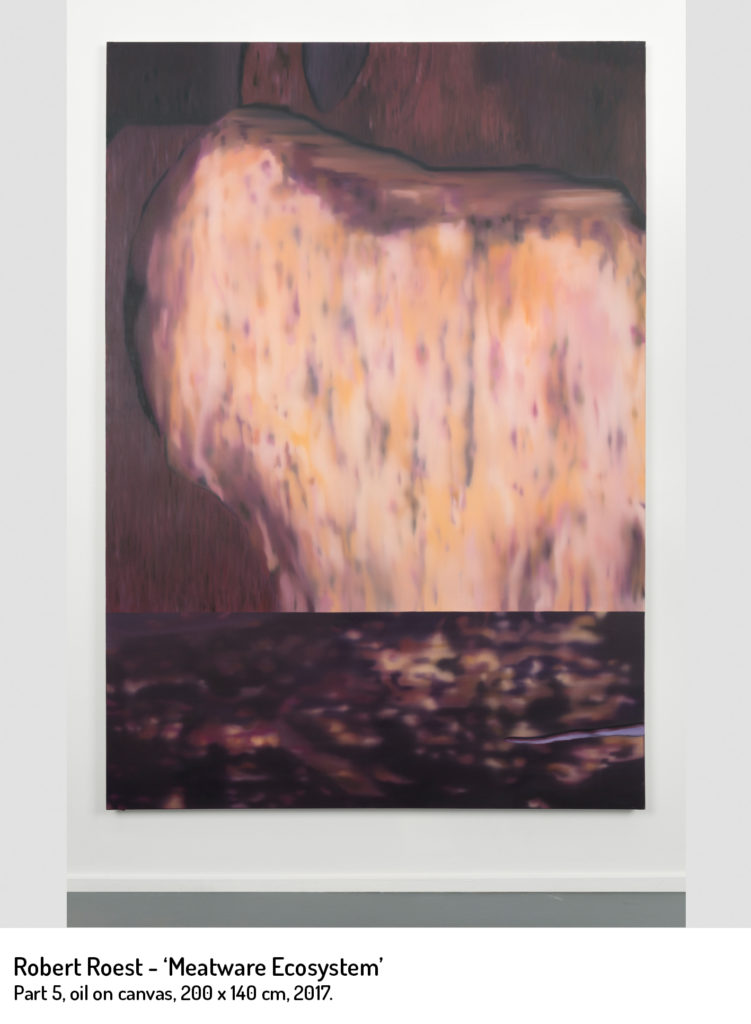 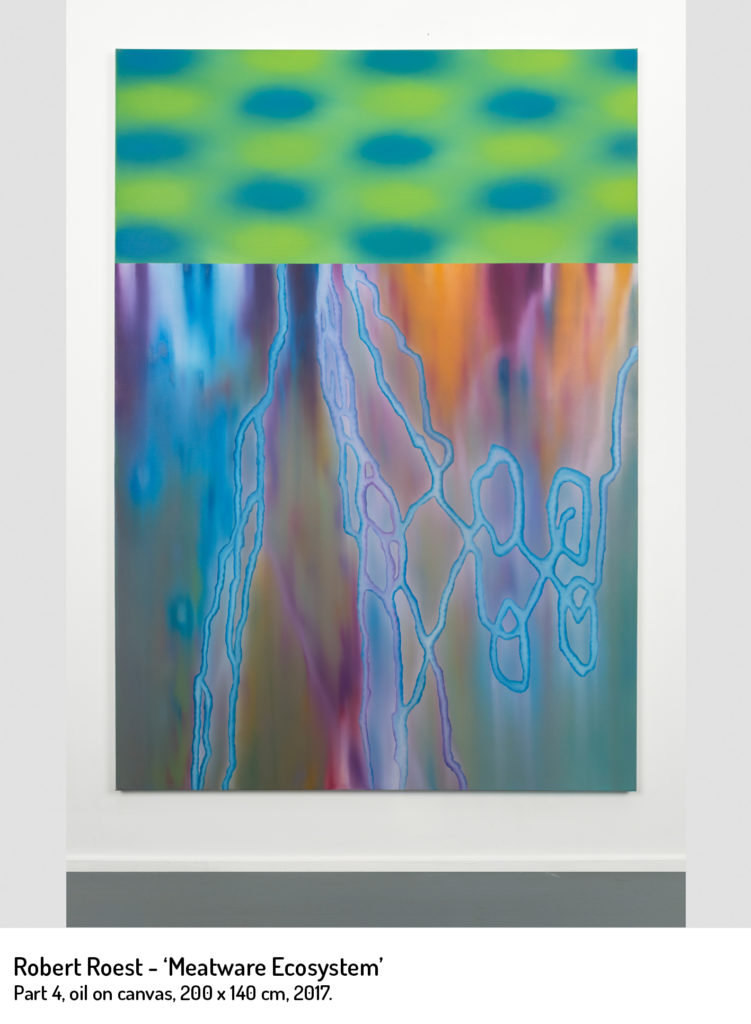 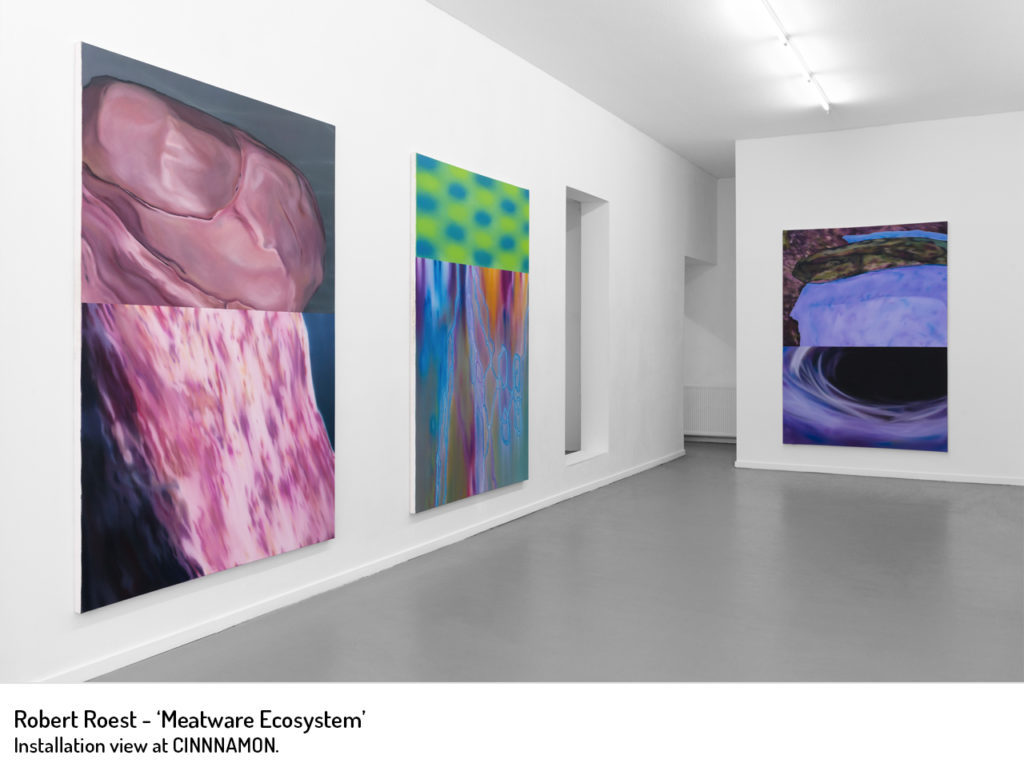 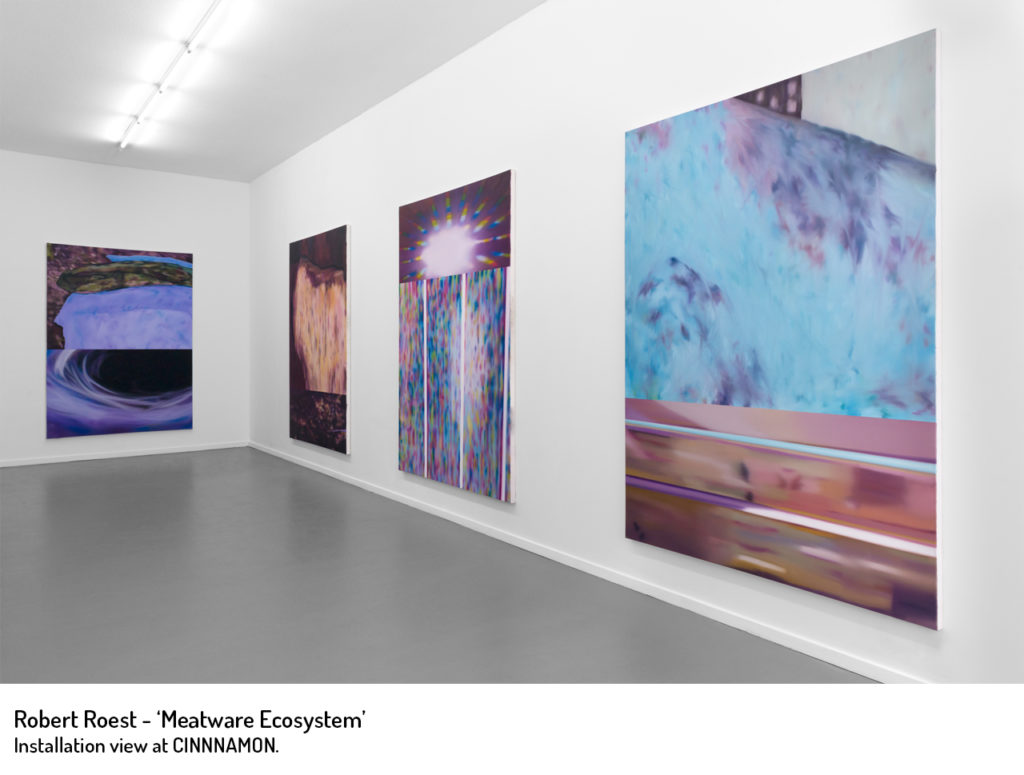